We've been designing and manufacturing nursery bedding and baby accessories from our base in Greater Manchester for almost 75 years. What we don't know about Moses baskets, cot & crib bedding, well, it's just not worth knowing!

Here’s how all it began:

Harry Clarence Rodgers originally formed the company way back in 1943 as a source of employment for his son, Dawson. Dawson was returning from active duty in Cairo, where he was stationed during WWII.  From that date, the company first known as Dawson Rodgers Ltd. started trading.

In 1964, Dawson's own son, John Rodgers, joined the family business. He's the current MD and still refuses to sit still, and as the 3rd generation, he's continued the legacy of producing quality products to the highest standards of workmanship.

In 1986, having produced ‘own brand’ to so many customers, John decided that it was time to expand the business... and he launched his own brand, and so, ‘Clair de Lune’ was born!

We continue to manufacture lots of nursery and baby products at our south Manchester factory, where we employ a highly skilled local workforce of around 60 staff, including John’s son Guy, the 4th generation! 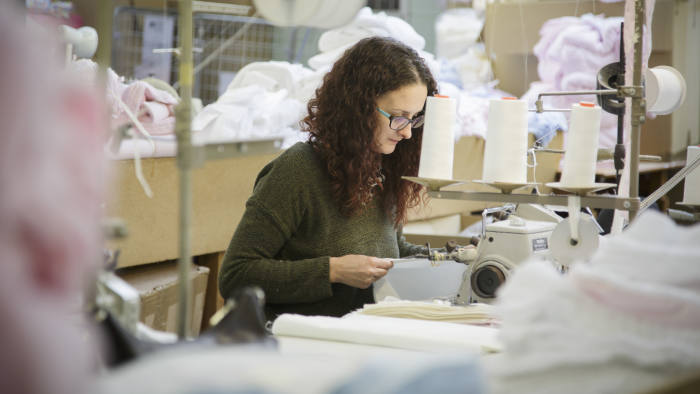 "With a team of talented, dedicated British designers, we produce beautiful nursery bedding collections, sheets and blankets, and a range of pushchair and car seat accessories, designed for modern parents and their little one's."

John, his wife Polly, and son Guy, along with the support and hard work of the ever-growing team, are well and truly set to keep the family business growing by adapting to the ever-changing demands of parents (because they're a picky bunch *wink*) and the baby bedding market.

We're a truly British brand, creating the majority of our products in Manchester where we have a factory full of seamstresses, basket dressers, and rolls and rolls of beautiful fabrics.

You can rest assured that when you're shopping for a Clair de Lune product, you're buying into a history spanning four generations, over 70 years of experience and reliability, and a product designed and stitched with love!

We use cookies to provide you with a better service. Accept & continue if you're happy with this, or find out how to managecookies.